As each school year draws to a close, we tend to reminisce on the previous few years, when our graduating seniors were freshmen or new transfers. We’re excited to see how much they’ve grown over the years, and we’re especially excited to see them walk at graduation!

The activities of commencement week have become routine for many – Commencement Rehearsal, the President’s Ball, the Baccalaureate Ceremony, Brunch, and finally, Commencement – but Commencement week is also a time for students to enjoy their last week and to reflect on their journey at Centenary. This tradition has been celebrated every year since the school first opened with the exception of one – the Commencement of 1875.

Centenary’s first ever commencement week was very different from any other commencement week the school has ever held. Why? Well, because no one graduated! Several students applied to enter a year of work culminating in graduation, but Centenary’s first president, Dr. Whitney, refused them all. He was setting the highest possible standard for his students’ education, and he didn’t feel one year of work was enough to prepare them for university. 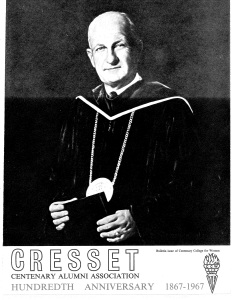 Dalton’s history of the school is highlighted in Centenary’s special alumni bulletin.

Although there were no graduates, Commencement week 1875 still had the Baccalaureate sermon, the President’s Reception, Commencement, and a meal (in this case, dinner). Prizes were also awarded for outstanding students. In that way, very little has changed about Commencement week practices. According to the 1967 anniversary edition of the Cresset, the school still held a commencement program in 1875 to mark the success of the school’s first year. The following year, there was a real first commencement with 30 graduates from the Women’s College and the Preparatory Department (Dalton, 25).

“For Students, Trustees, all Ministers and their Wives, all strangers from a distance…the ‘Commencement Dinner’ was always a great affair – beautiful to see – delightful to eat. Everybody was satisfied, everybody was happy – the Seniors and their friends – all students and their friends – all felt the charm of the occasion. Ice cream of several kinds, and in very great abundance was always at the close – the dishes were large, very large – and a second one if desired” (Whitney). 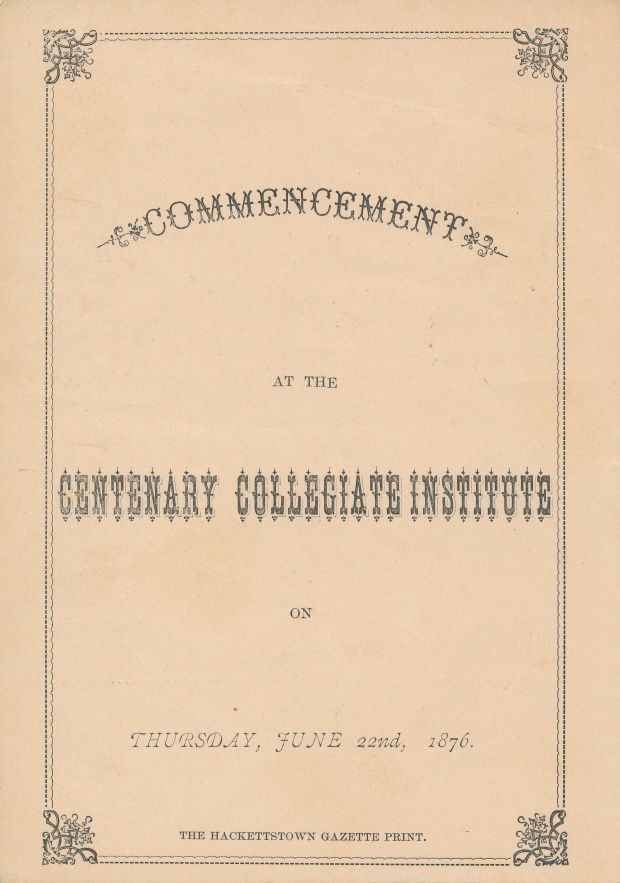