This sentence appears in the January 28, 1958 issue of the student newspaper, Spilled Ink, along with a picture of the tower. What was it? It was Centenary College’s new radio tower! In mid-February of 1958 WNTI began broadcasting from a studio in Van Winkle Hall. 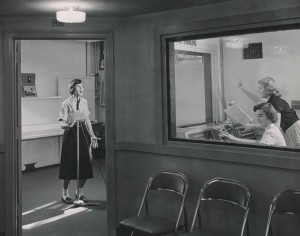 The call letters ‘NTI’ were requested by the college and are the initials of a Latin phrase that translates to “Know Thyself”, a fitting motto for an educational institution. When the station opened, it was directed by a member of the faculty and staffed by students in radio and television programs. The station was on air from 3 to 7 pm Monday through Friday, as well as covering special college events. The college began broadcasting 24 hours a day around 1980, when the ability to record programming ahead of time became available. 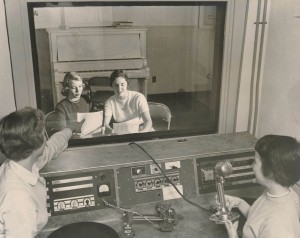 The station hosted yearly Theater of the Air contests, in which local high schools produced half hour radio shows. During the first contest, students presented the gift of a radio to Centenary College’s President Seay to thank him for establishing a radio facility. 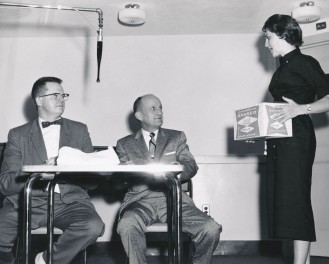 1958: President Seay, center, receives a radio as thanks while Ernest Dalton, Director of Public Relations, looks on. 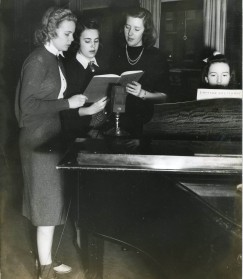 Before Centenary had its own station, students were able to get practical experience in radio by broadcasting over local radio stations and by simulating real broadcasts in their own mock radio station.

Most recently the radio station had 3 full time staff that appeared on air, 29 community volunteers who broadcast on a weekly basis (including 2 student-run programs), and a 137 member street team – those who did not appear on air but helped at WNTI events.

On October 12, 2015, it was announced that WNTI would be purchased by Philadelphia public radio station WXPN. The changeover happened October 15 at noon, but WNTI will live on with the launch of WNTI.org Internet Radio from Centenary College. Friday, October 30, 2015, marks the new beginning for WNTI.org, and the Centenary community is looking forward to attending a celebration and ribbon cutting ceremony from 5 to 6 pm in the parking lot of the Lackland Center. The event is open to the public and we are eager to celebrate the launch of WNTI.org. 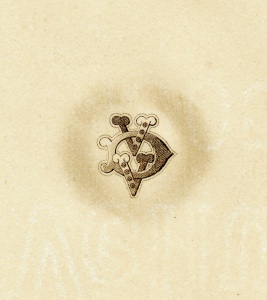 The original society, the Evergreens, was changed to Peithosophian after the members became disgusted with the name. 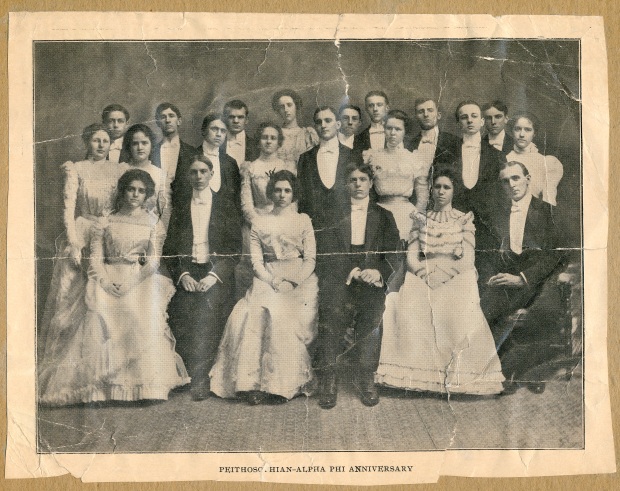 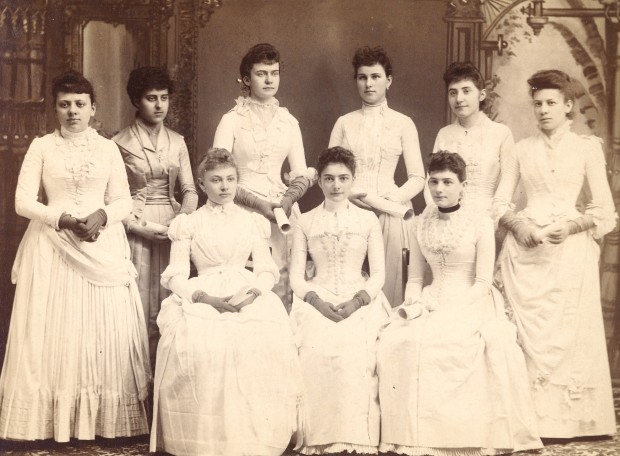