The importance of President Whitney’s influence on Centenary can best be expressed through testimonials by those who knew him and his work:

“The discipline of the Institute is peculiar and striking. It is a system of directed and guarded self-government…We are not surprised at the success it has won here. As a result of this system we notice the manly and womanly bearing of the pupils, and the development of self-control in their characters…Somehow Dr. Whitney seems to love every student and every student to love him.”

1885 report by the Committee of Examiners, a scholarly group which audited schools

“Dr. Whitney, to whose wise direction and executive ability much of this is due, has made Centenary Collegiate Institute his monument.” 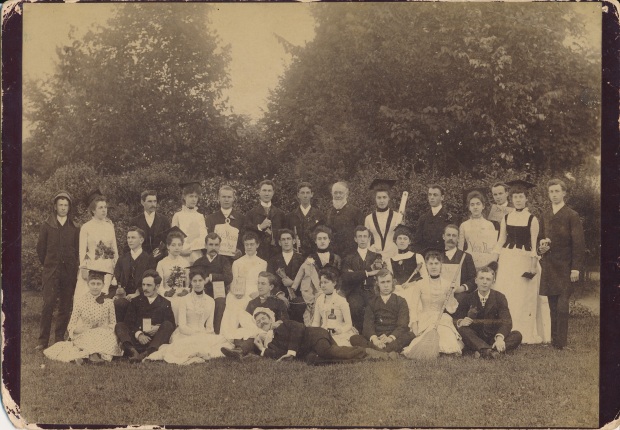 President Whitney, top row right of center, and the Class of 1891. There seemed to be an old tradition that students posed for their class photo with an item, purpose unknown.

“We were all proud of Dr. Whitney, and his influence as a deep thinking and spiritual leader has remained with us through the years.”

Flora Green, the first girl to register at C.C.I.

“The outstanding memory of my three years at C.C.I. is Doctor Whitney. What a man! Every student was uplifted by his splendid leadership and his patient willing service. He inspired the highest and best in us.”

“The clear consenting voices of all who speak or write, express appreciation of Dr. Whitney.” 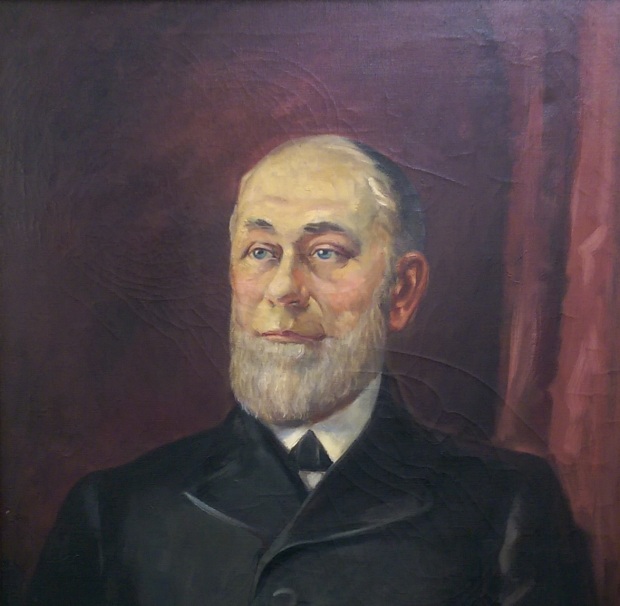 “…The most remarkable single fact about [Centenary Collegiate Institute] was its extraordinary success from the beginning of its career. This was due in large measure to the magnetic personality of its president, the Rev. Dr. George H. Whitney, who gave distinguished and meritorious service to the school through a large period of years…it may be said without hesitation that no man ever did richer and truer service in the cause of Christian education and good citizenship than the greatly beloved and successful president of the Institute…”